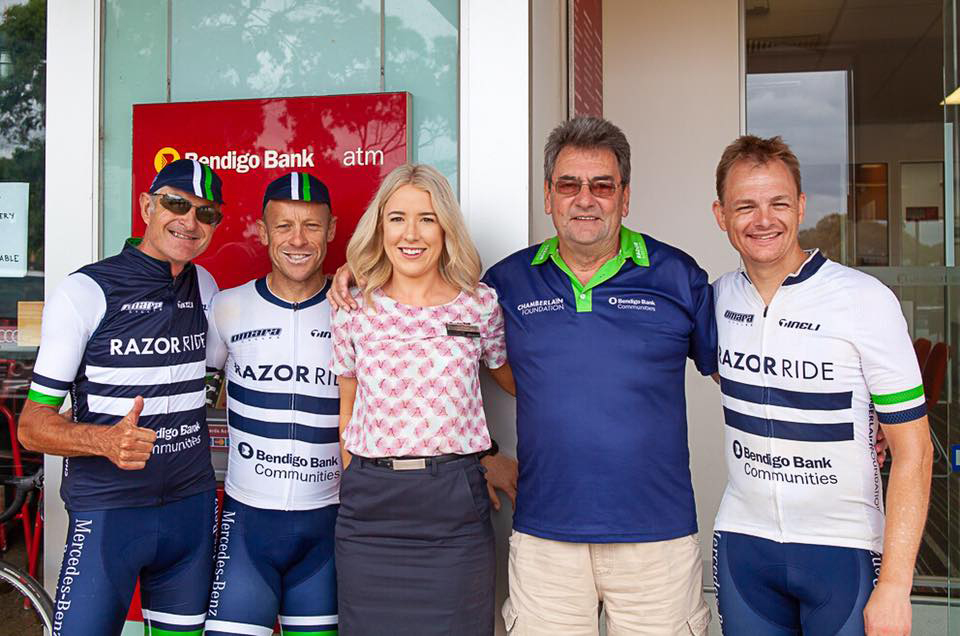 The Chamberlain Foundation and their team of 30 riders and volunteers covered a gruelling 850 kilometre over six days to raise awareness and much needed funds for mental health, grief and suicide prevention. The group rode through Halls Gap, Port Fairy, Port Campbell, Wye River and Rye before arriving back in Melbourne.

“Three years ago, my brother’s best friend Robbie took his own life and that proved to be the catalyst for us to get off our butts and to create the Chamberlain Foundation in order to do something about the issue of mental health and suicide,” Ray said.

Joining the ride this year was Australian Cycling great Phil Anderson who said, “We all know somebody who has been touched by the issue so this is a great way to raise the awareness and raise some funds,” Phil Anderson said.

“GriefLine is grateful for the support of the Chamberlain Foundation which has contributed over $200,000 over the last three years supporting their helpline, volunteer training and children’s counselling service.” said GriefLine Chair Russel Barnes.