Home » Resources » Community Stories » How an $85 spit-roaster brought 20,000 people together

In times of hardship, people look for solace in the most unlikely places. In Melbourne, during the lockdown, an online community of 22,000 people were brought together by a Bunnings $85 Jumbuck mini-spit. But how does a Facebook group for roasting meat on a very specific spit become a community hub for people who need support during lockdown? For some, the idea of joining a support group to help them through a tough time may still carry a stigma. But the idea of joining a Facebook group Well, that might be just the ticket.

When Matthew Jackson first bought a spit from Bunnings, it didn’t go exactly as he’d imagined. He’d wanted one for a long time and finally got his hands on the $85 Jumbuck mini-spit. But cooking on a spit was trickier than Matt anticipated. Which is the right cut of meat to buy? What are the tricks to even cooking? Around the same time, COVID-19 cases were growing in the state of Victoria and the government announced a second lockdown, plunging more than 6 million people into what would become a 3-month ordeal.

By the end of the third week, it was up to 500. It left Matt wondering – what was the magic formula that was attracting people?

One day not long after, an enthusiastic member went on 3AW (a talkback radio station based in Melbourne) and plugged the group. Something was going on between the sharing of mini-spit recipes and pictures of slowly-rotating meat. A kinship was forming in the mini-spit community fuelled by the difficulties of lockdown. Connecting with a friendly group of people, learning a new skill while stuck at home, and being part of a movement that is acutely of its time is a powerful drawcard.

Matt was invited to speak on 3AW to try to explain why the group was taking off. One of the funny quirks that drew members in is the adoption of a cooking name. “I’m the Crackleman, my son is crackleboy,” Matt laughs. “And there’s so many funny names out there. We’ve got Albert Einswine, Magic Meat, Happy Grillmore to name just a few. And when we got on 3AW, people loved the concept of having the cooking name. The callback was flying. They reckon they’ve never had so many calls.”

“And there’s so many funny names out there. We’ve got Albert Einswine, Magic Meat, Happy Grillmore to name just a few. And when we got on 3AW, people loved the concept of having the cooking name.”

The 3AW interview kicked off a national media frenzy that culminated in Channel Nine’s Reid Butler knocking on Matthew’s door to do a piece on the Jumbuck mini-spit and its namesake society. The media exposure did the job and at the time of writing, the group has over 22,000 members.

Something was, and continues to, unite the group beyond their enjoyment of the mini-spit. A sense of kinship can be invaluable to people’s mental health, especially in difficult times. Even in Australia, there’s stigma around accessing mental health services. Social distancing rules have limited options even further by largely shutting down in-person support groups and counselling while also cutting people off from their social support groups.

And while there are many wonderful online services, sometimes what people need to get through a crisis is the support of others and the joy of a new hobby – especially one that fills up your weekends. “If you’re actually going to cook a spit, you’ve got to go to the shop, you’ve got to choose your bit of meat,” says Matthew. “You’ve got to do a bit of research. A lot of these [members] were experienced cooks, but there were a lot of newbies, like myself who have never cooked on a spit before. Every weekend it was taking up massive chunks of time so people weren’t just sitting at home doing nothing. It was having a positive impact on people to be able to actually do something that was giving them a lot of joy for little expense.”

“I’ve had plenty of messages from guys saying how much the group has helped their mental health through this lockdown period.”

“What I found is, especially with the guys, they’ve found it a great avenue to just have that mental release,” Matthew says. “I’ve had plenty of messages from guys saying how much the group has helped their mental health through this lockdown period. It has been tough, and [the group] has gotten them through, keeping them busy on the weekends, getting them to look forward to something again.”

Matt soon discovered that wasn’t just individuals who were vying to get involved – businesses from around the state and country were joining the group and offering discounts and deals to Society members. Matthew ran weekly competitions during lockdown for Spitter of the Week and had prizes generously donated by local businesses. “We had builders, butchers, fishing shops, knife, kitchen shops, like all sorts of different businesses [donating],” he says. The Society was also able to support and get behind local businesses who were also suffering during lockdown. The generosity of everyone involved was, and continues to be, astounding and of vital importance to people going through lockdown.

78% of Australians feel their mental health has gotten worse during the pandemic.

According to the Black Dog Institute’s recent study on COVID-19, 78% of Australians feel their mental health has gotten worse during the pandemic. Black Dog also noted that being placed in quarantine (or lockdown) can cause long-term negative psychological effects. Although Matthew’s group has attracted members from everywhere, it comes as no surprise most of the mini-spitters are based in Melbourne where the lockdown restrictions were some of the strictest in the world..

A Support Group for the Future

What’s the future for the group now that lockdown restrictions are easing in Victoria? Matthew believes coming out of lockdown can be as difficult as getting through it and there’s always room for a supportive group of friends on your Facebook feed.

“It’s definitely a challenge,” Matthew says. “We’re going to be allowed to have a few more people around to the house [now] so it encourages people to get around and spin with mates, and get your families around and show them what you’ve been doing during lockdown in this group. [Plus] we’re coming into what you’d call spit season – people are sharing with their friends and it’s fantastic.”

However, be warned: if you’re interested in joining the Society, you’ll have to go through the approval process but don’t be too worried. “We’ve got a few approval questions on Facebook,” Matthew laughs. “Like, do you want 22,000 new friends? And are you going to swear your allegiance to the mini-spit?”

Want to be a part of the Griefline online community?

Griefline offers online moderated forums for people as an alternative to telephone counselling. They are a safe and confidential space to connect, give support, and receive support.

Visit our forums page for more information and to view the different forums we have available for you to engage on, including:

Loneliness and Isolation – Returning to Community Lockdown Recovery: How Reconnecting With Nature & Animals Can Help

Life after lockdown. How an increased time in nature could be the key to successful reconnection... 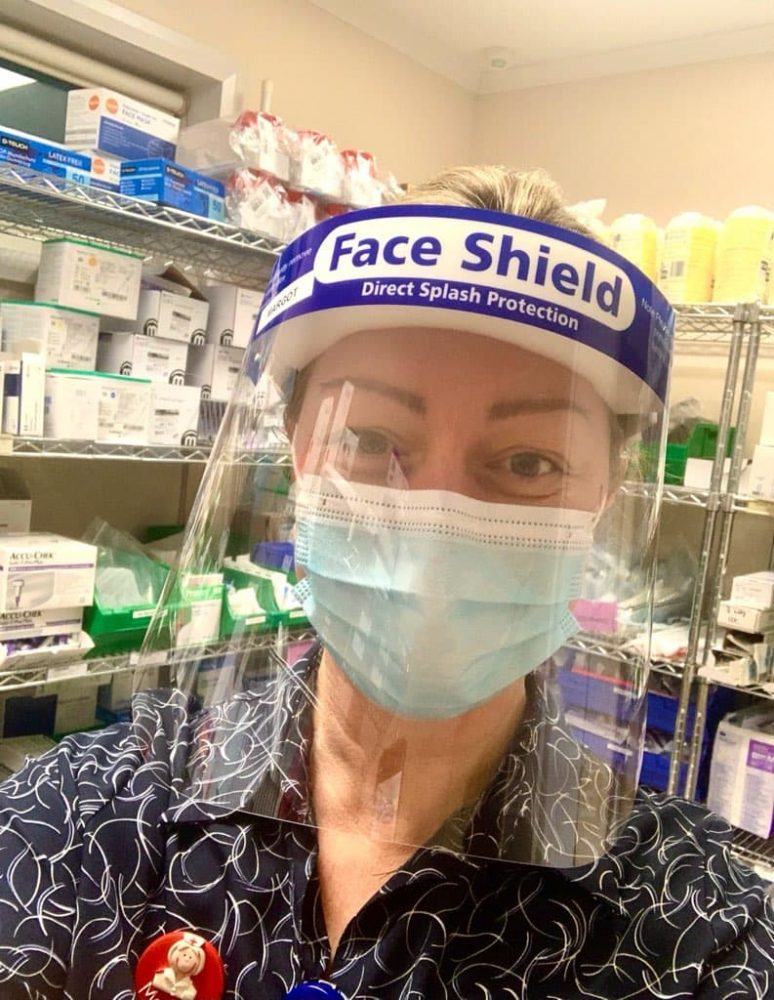 How do first responders hold it together during a crisis?

"Well sometimes you don't, which is fine. Because you're...